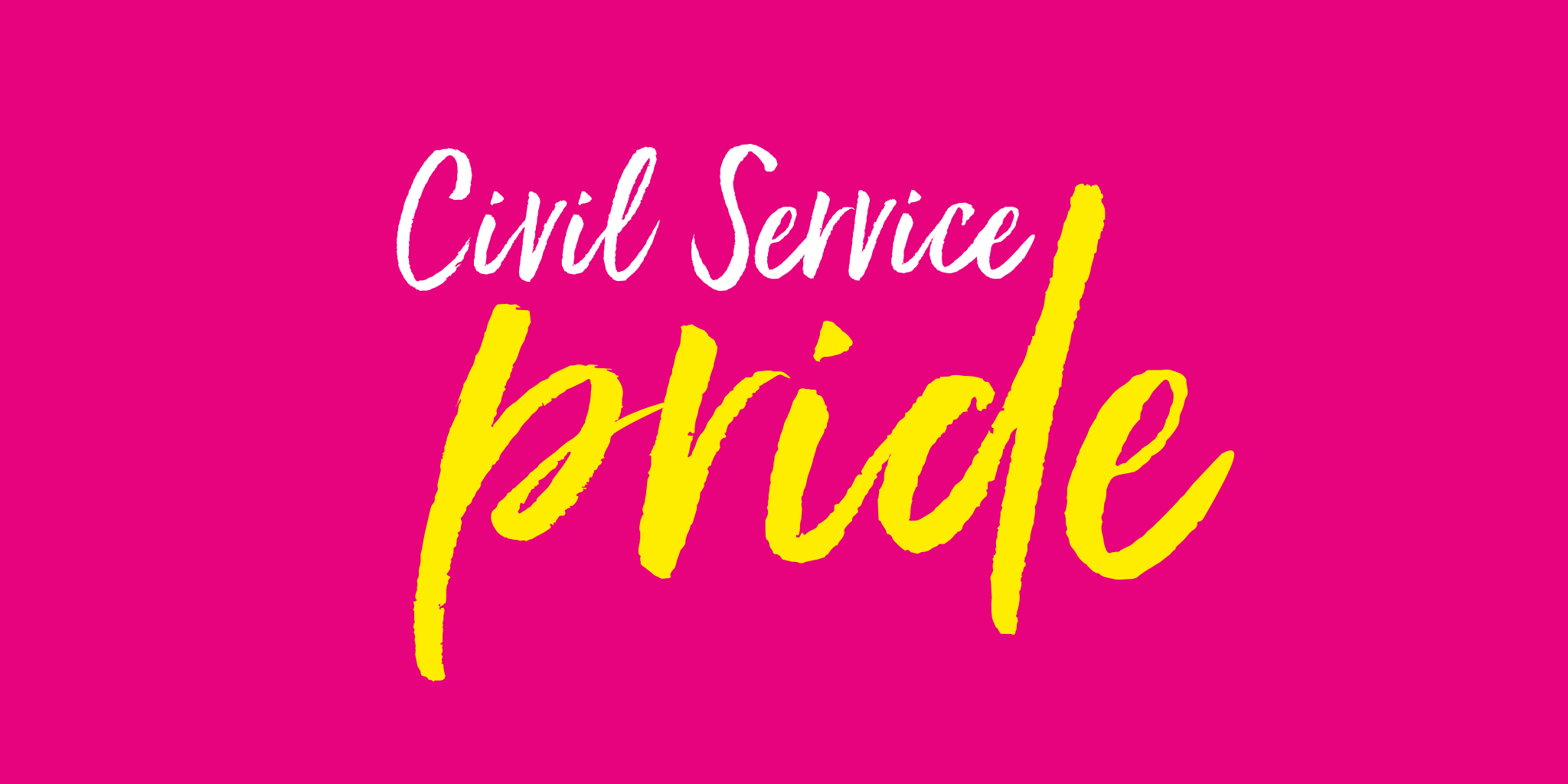 This year is the 50th anniversary of the Stonewall riots; so for our #CivilServicePride season, I thought I’d share my first Pride.

In 1996, I was living in Bristol and decided to go to my first pride event in London. I had been sort of ‘out’ for 2 years, although I hadn’t yet told my family, so really I still had one foot in the closet. I was also very nervous going into places on my own in the city centre or being seen and beaten up. I went down the night before and stayed with a straight mate in Stoke Newington intending to go to the after parade event at Clapham Common, although I wasn’t totally convinced by the line up of Jimmy Somerville, Chrystal Rose, Boy George, The Beverley Sisters, Bananarama and the Happy Clappers (who?). It was only a year since I had cut my hair and lost the grungy look which went with my music tastes but not my new lifestyle.

When we went out for a curry and a few pints, my friends were encouraging me to go on the march itself before going to Clapham Common telling me I’d come all this way, I might as well do the whole thing. I wasn’t convinced about this, conscious of media and being publicly out there, I said I’d sleep on it.

In the morning, I got up and decided to go, my friends offered to come with me but I said no, I needed to do this on my own. I made my way to Hyde Park and found masses of people congregating together and getting ready for the March to start. I didn’t know what to do, everyone seemed to be in groups and had banners or flags - I was just alone with nothing to wave or hold. I wandered along the lines of people thinking I would just stand at the back where no-one could notice me. As I walked along I saw a group of people from a pub called the Griffin in Bristol (which was always scary to go into as the door is on a corner and everyone would turn around as you walked in). They smiled at me, so I asked if I could walk with them as I was on my own. “Of course” was the immediate response and a placard was thrust into my hand, I felt uncomfortable – one of the guys noticed and said “here – I can hold that”. As we marched along, I felt excited and empowered, suddenly there were thousands of people like me and they weren’t afraid to be seen or be who they were. Towards the end of the parade I bumped into my ex-girlfriend from Bristol with a group of friends she’d been at UEA with. We were still on speaking terms and we all went for a drink. I started getting on like a house on fire with one of her friends in particular, Brian, who like me, turned out to be single. We made our way to Clapham Common and met up with the friends I was staying with. I felt awkward now as they were asking if I wanted them to go into Clapham Common with me and really I just wanted to go with Brian. They got this and could see there was some chemistry going on, so they left me to it.

The rest of the day was brilliant I had an absolutely fab time with Brian and even enjoyed some of the music – Jimmy Somerville belting out “You are my World” at your first pride is something to remember. When it was all over and we left the park, I burst into tears. Brian was concerned thinking he had done something to upset me, “you haven’t”, I said “I just don’t want today to end”. It was the first time I could remember feeling like I was normal and I didn’t need to be scared of who I was. Brian got that.

So, that’s why Pride is important to me, it will always hold a special place in my heart. These days my favourite part of the weekend here in Manchester is being in the parade and seeing all the people supporting us. Whilst some people complain about prices for events now or that it’s lost its meaning, for someone out there, it will be their first pride and I hope that they get to feel what I felt that day 23 years ago.

Oh and Brian? We went out for a few months but we couldn’t do long distance but we’re still friends and he came to my wedding last year!