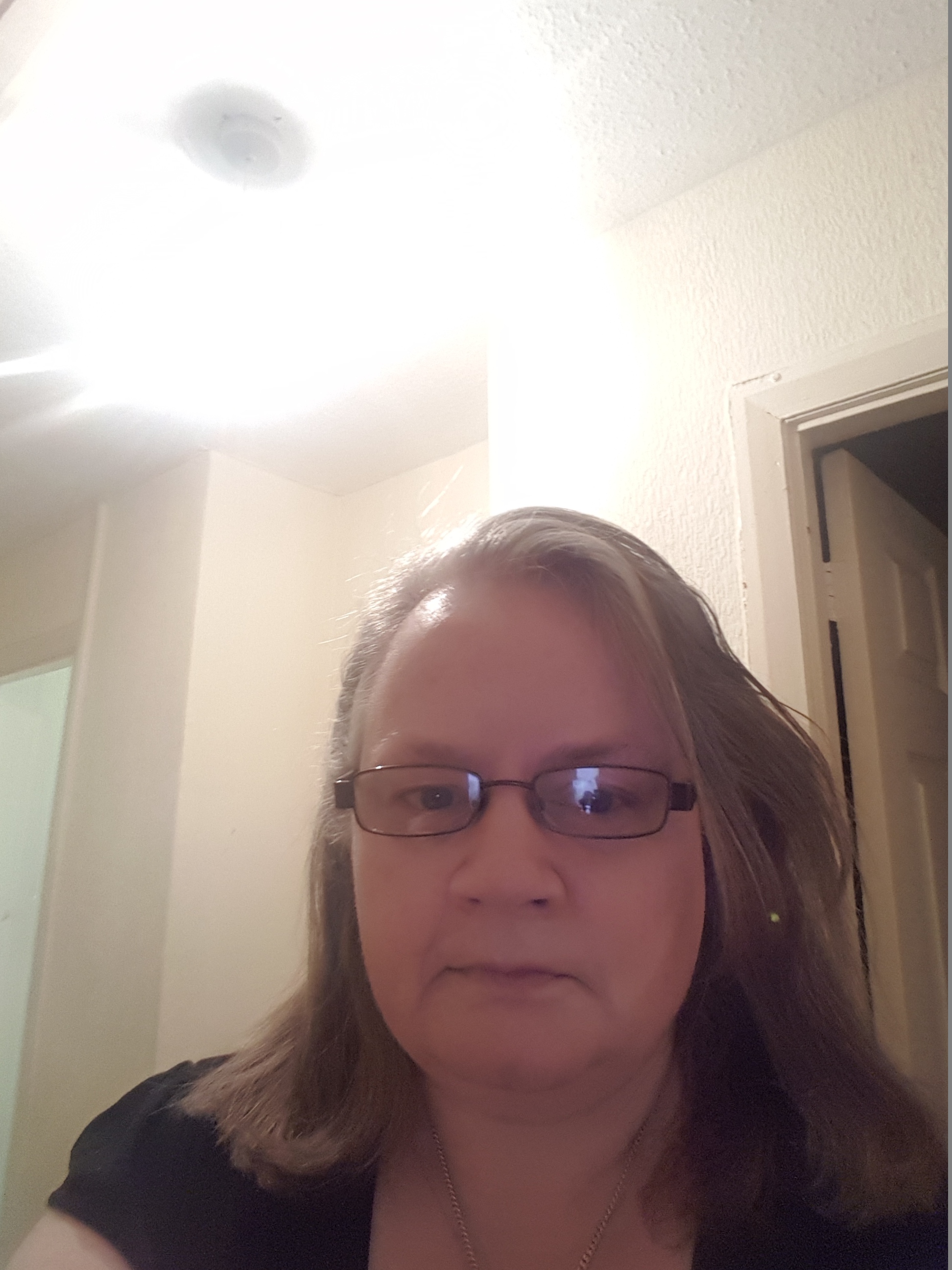 Kay works in Debt Management in DWP, and is a Mental Health First Aider.

Why did I become a Mental Health Firs Aider (MHFA)? Because I know how lonely it can be at times to not have someone to talk to and how this can lead to added stresses.

I was born in a small village in East Lancashire, within sight of Pendle Hill – a fairly reactionary place in relation to religion and differences in general. I have always been shy and had trouble making friends - I was bullied for a lot of my school years.

The effect of this bullying (shyness, unwilling to rock the boat, depression, anxiety about being accepted) led me to a disastrous domestic violence relationship that had long term physical and mental health effects that are still in play today.

For a long time I did not know that I was bi/pansexual - it was not something I explored until I met my now husband, who supported me in my choices and wishes to explore.

We are polyamorous (meaning we form deep attachments to more than one person) and we have a 3rd partner, who is female - I consider her my wife the same as my husband is my husband, although this is not recognised in this country as yet.

Being bi/pan is not something that looms large in my life - being polyamorous, and Pagan, has more day to day impact, but it is one more aspect of myself where I can often feel lonely.

If I’m honest, I have always felt lonely, like an outsider, no matter my age or company I am in… that being lonely in a crowd thing? Yes, intimately familiar with this, unfortunately.

I think this is because due to my beliefs, my shyness, my illnesses and my choices – that are not the general norm- I have always felt like I didn’t belong… like could not talk about things as no one would really understand without judgement.

Unfortunately even amongst the LBGTQ+ community it can be lonely as some people perceive being bi/pan as ‘greedy’ or not knowing what you actually are… add in being polyamorous, Pagan and having links to the kink community and it gets even more complicated! (I am a Pagan but did not ‘come out’ until I was in my late twenties due to fear of prejudice-that turned out to be valid.)

I finally ‘came out’, as polyamorous, bi/pansexual, and with links to the kink sub culture, to work, family and friends a couple of years ago because someone was attempting to blackmail me over it. I wish I could say that everyone accepted my choices and me but this was not the case. However, it did help me as I squashed the blackmail attempt and means that I do not need to fear such a thing again.

I was first diagnosed with depression in 2005, just after a period of living under stress. At the same time, I was diagnosed with Hemiplegic migraine (I have had chronic migraine since I was 10). I was later diagnosed with Fibromyalgia and Osteoarthritis in 2016 after a long period of illness and with anxiety in 2019.

Over my lifetime I have been a nurse, manager, telephony agent and am now a Complaints Admin Officer. Outside of work I am a qualified counsellor and mentor, as well as an independent interfaith minister. All of these roles have meant that I have had to try to conquer my shyness and to try to maintain a ‘happy outlook’ – there often seems to be a unwritten rule that being ‘miserable’ or depressed is not allowed if you are nurse/manager/minister/etc.! (I also work as a volunteer mentoring ex-service personnel, and mentor fellow Pagans and LBGT+ people).

Whether it’s being a Pagan who works with a very little known Goddess and getting hassle from Pagans and non-Pagans alike because of that; being polyamorous in a monogamous world; being bi/pan in a world of gay/lesbian/trans (in some cases there seem to be more acceptable); being part of/having links to the kink world… I have always felt like I was on the outside looking in. My choices have not been/are not society’s norms - they are often not even the norms of the sub cultures I am involved in either – prejudice doesn’t just come from outside LBGTQ+/Pagan/Poly/Kink circles - it often comes from within which can make life even lonelier as it feels like there is no one you can talk to.

A lot of the stress I feel is linked to the fact that my husband has a genetic condition which means his health is extremely precarious and he could die at any time - there is no cure and the prospect of a long and happy life together is not an option for us. He also has Savant Autism, which can add some stresses all by itself!

The plus side of this is that I try to live each day in itself… i.e. not think too deeply about things and the future… The negative side of this is that when I am ill (or should I say in a more ill state than normal) everything can become overwhelming and it takes me a while to get back to the ‘just think of today’ attitude.

Working for the DWP has been great in many ways as almost all my managers have been supportive of both my physical and mental health needs. When my depression and anxiety have a flare up I find little things difficult - printing, using shortcuts on word, using a satnav… Things that may not seem to be connected, but my brain just doesn’t seem to want to let me understand such things at the time!

To finish; mental health is now finally being recognised for its importance. It has been a long time coming. Kindness appears to be the theme at the moment - an underrated thing.

I am happy to be a MHFA for all and anyone is free to contact me to chat (although as working from home only have email at present)… If I don’t feel I’m the right person for you to speak to I will discuss this with you and signpost you elsewhere.