This volunteer no longer works with us.

Mark Lambert is a former local organiser of the Civil Service LGBT+ Network.

My name is Mark Lambert. I work for CFCD (Counter Fraud Compliance and Debts), which is part of the DWP and I am based in Oxford. I am the new South East lead for Civil Service LGBT+ Network and also the local rep and a committee member rep and for DWPride Southern England. DWPride is the support group for LGBT+ people and their allies in the DWP. Previously I have raised awareness by raising different flags that represent our communities and given awareness talks about why despite having equality on law, groups such as ours are needed. 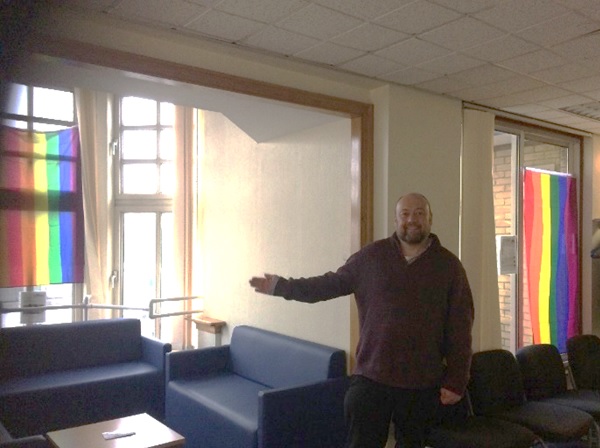