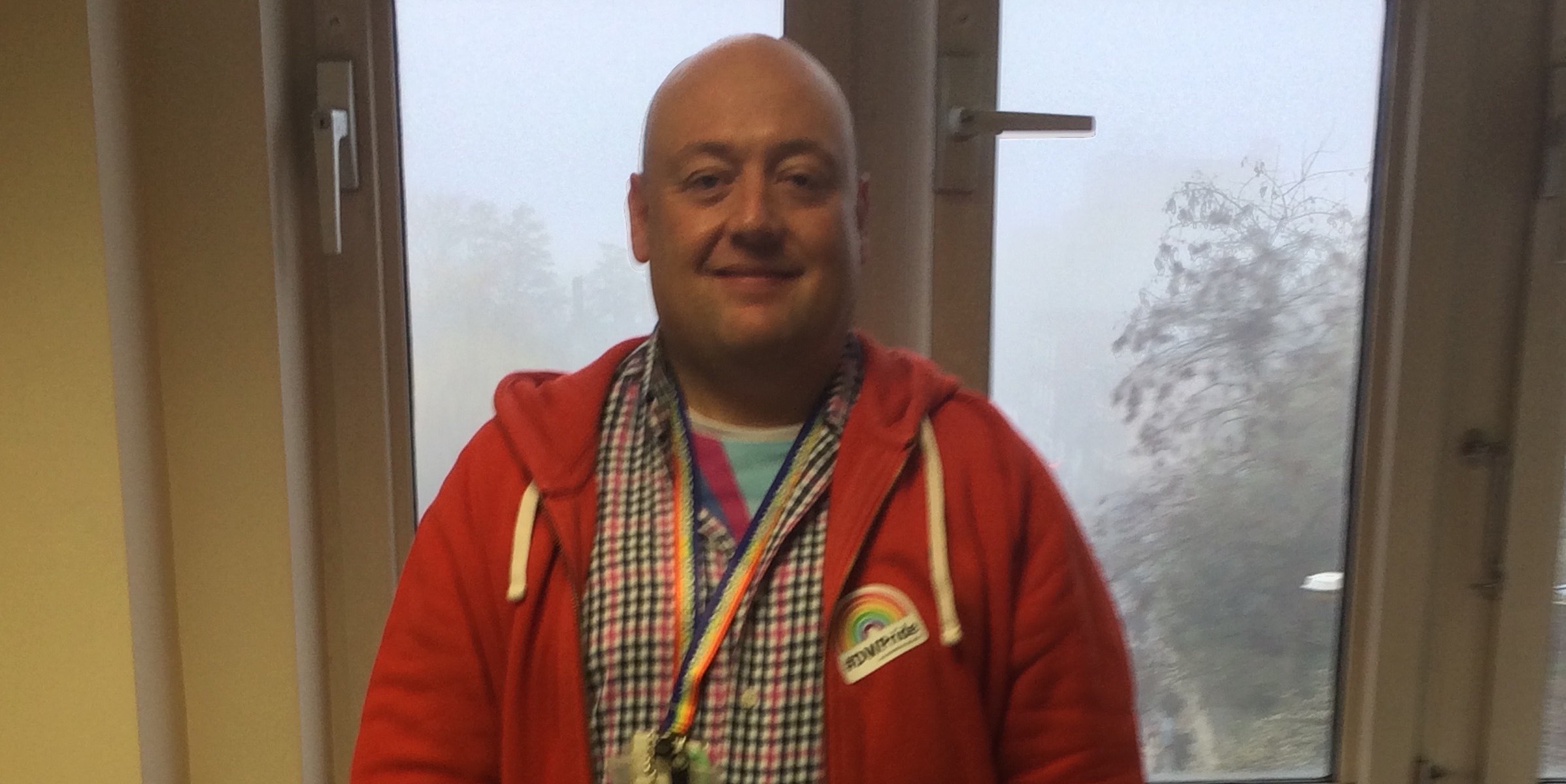 My name is Mark Lambert – I am the local DWPride1 rep for Oxford Job Centre Plus and have being doing this role since January 2018.

At Oxford Job Centre I have organised dress down days, cake sales, brightest clothes completion to raise funds for Oxford Pride as well has having them over to talk about why groups such as Oxford Pride are still valid.

On occasions though, being the local DWPride site rep, I do get asked some “interesting” questions and receive the odd remark. I thought I’d share some of them with you, to show you what it’s like being a civil servant:

“You have equality in law so why do you need groups such as DWPride?”

I get asked this a lot; I explain that our LGBT+ network, DWPride, is there to offer support to LGBT+ colleagues and their allies.

Statistics show that despite equality in law, people feel and still do suffer from discrimination in and out at work. This needs to be stopped!

I use evidence about LGBT+ people’s experiences to point out that the number of reported LGBT+ hate crimes is rising, and that many anti-LGBT+ hate crimes and incidents go unreported, with younger LGBT+ people particularly reluctant to go to the police. According to Stonewall, three-in-ten LGBT+ people avoid certain streets because they do not feel safe there as an LGBT person, while more than two-thirds of respondents to the Government’s National LGBT Survey said they don’t feel comfortable walking down the street while holding their same-sex partner’s hand.

This is always an interesting discussion. I explain that we are not asking for any preferential laws or treatment, nor are trying to be divisive. I explain that what we do is offer support and encouragement and ask for LGBT+ people to be respected for who they are.

“Do you dress up as a rainbow?”

No, seriously; someone did ask this! Sadly I have never felt the need to dress up as a rainbow.

It’s not all bad!

Despite the above I do, and have, received very welcome support from my colleagues and from my Trade Union, PCS. I’ve also received support from senior managers — like my Director of Counter Fraud Compliance & Debts, and my line manager who has always assisted and encouraged me in this role, so I do feel I can be me in DWP.